How Technology Is Changing the Home Improvement Business 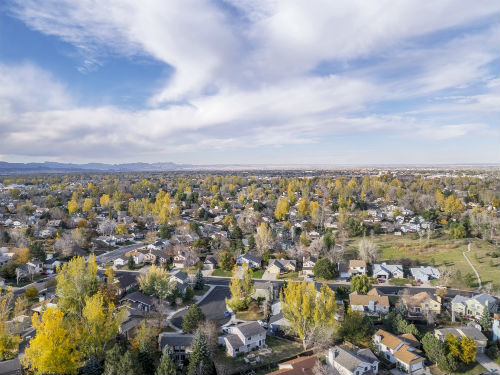 How Innovative Use of Technology Sets You Apart
Let’s face it, competition is stiff in the exterior remodeling business. From small owner/operators to large companies that have been in business for decades, homeowners have plenty of contractors to choose from. But what sets some companies apart from others is their innovative use of technology.
One way that Steven Jones of Tulsa Renew, a high-end exterior siding and window company is doing this is through drones. As a way to better communicate with his clients, he is using drones to capture video footage for proposals.
“I use video a lot,” says Steven. “It’s something that separates me from everybody else. Anybody can take a picture, but not many people know how to really harness video and make it look good.”

While drone manufacturers are always coming out with more bells and whistles on new models, the Phantom 2 Vision Plus by DJI is the drone of choice for Tulsa Renew. The small quadcopter is one of the highest rated drones on the market. It’s reasonably priced so you’re not breaking the bank with your initial investment.

Here are some of its features:

When Steven Jones films a video proposal, he guides the drone around the house. The drone’s small size makes it easy to get up close and personal to every part of the home’s exterior. Hard to reach spots like chimneys and dormers are now easily accessible. The need to climb on the roof is virtually eliminated.
There have been several occasions while Steven was filming footage that the drone’s HD video discovered damage around dormers or chimneys that could have gone undetected in the proposal process. “The perspective of the drone,” says Steven, “has let me have a more detailed evaluation of the scope of work.” Today, the Tulsa Renew team rarely uncovers “surprises” after the exterior remodel begins.

Once the footage is filmed, Steven downloads it on his computer. This is where the fun begins.
Adding audio to the footage and using annotation software, Steven walks the homeowner through the scope of the project. He’ll zoom in on an area, talk about it while making annotations on the video. With a click of a button, he zooms back out and finishes explaining to the client what Tulsa Renew will do during the exterior remodel.
The video proposal is uploaded on the Web as an unlisted YouTube video. Steven emails his clients the link, and at their leisure, they can watch the video.

Tulsa Renew clients love getting the video proposal. For many of them, it’s the first time they’re seeing their house from the roof line, and the video lets them see exactly what is going on.
“This is something no one else is doing,” says Steven. “Anybody can take a picture, but not many people know how to harness video and make it look good.”
Shareability among Tulsa Renew’s clients is huge. They’re not the ones taking pictures of their home with their iPhone. They now have professional content that they’re sending to their family, friends, and even coworkers.

In Their Own Words

Read what some of Tulsa Renew’s clients are saying:

Picture Perfect
Homeowners like to see what their house will potentially look like before the job starts. So another way Steven is harnessing technology is through the use of Photoshop. Through this image editing software, he is able to alter downloaded photos of a client’s home.
Different siding manufacturers have developed software programs that allow you to change the style and color of their siding. However, only stock photography of various types of homes such as Colonial, Craftsman, Bungalow, and so forth are able to be revamped. Even though the homeowner can see the different colors and styles of siding, they only have an idea of what those colors and siding will look like on their house.
The power of Photoshop is in being able to change a photo of the homeowner’s actual house. Steven is able to clad the image of their house with any of the James Hardie sidings. He has also sat down with homeowners and played with the siding and trim colors until they pick the color(s) they want.
It doesn’t stop there. Steven has access to the entire database of Therma-Tru and ProVia door images. He can download new doors, add gables to the house, put up band boards, or add cedar accents.
The best part is that there’s no question about the end result. Once colors, doors, and so forth have been decided on, the Photoshopped image becomes part of the proposal. It’s very clear on both sides what will take place during the remodel.
Steven has often taken a photo of the finished project and spliced it next to the proposal rendering. It’s very hard to tell which photo was taken before the project began and which photo was taken afterwards.

Technology is a differentiator that will propel a business far ahead of its competitors. With Steven’s clients sharing the video proposal and updates with family and friends, one comment he often hears is “I’ve never seen a contractor do that.”
Steven’s investment in purchasing the drone and the 90 hours it took him to become proficient in Photoshop has paid off. It’s easily gained him market share by 25 percent in his genre. “I’ve gained projects over other companies because of being detailed and innovative,” he says.
There are a lot of people in the home remodel industry. Having an edge in design or in communicating with your clients will cause you to surpass your competition. And who doesn’t want that?